You are a raccoon: a chittering, baggy-pants, ring-tailed burglar. You and your friends have built an implausible floating ship in the junkyard, and tonight you'll fly it across town to the suburbs in search of better trash.

Together, you'll navigate the treacherous neighborhoods, find a ripe, free-standing house with cable internet, steal as much as you can carry, and fend off the Neighborhood Watch—all while trying not to explode. In Raccoon Sky Pirates, it's all for one and one for all.

Flying a ship takes coordination and discipline. Unfortunately, you're a bunch of raccoons.

"Raccoon Sky Pirates is delightfully off-kilter! It knows exactly the experience it is promising, and it delivers. Pilot a janky-ass flying trash barge! Panic and make terrible choices! Steal a shiny toaster! This is madcap fun."
—Avery Alder, author of Monsterhearts, Dream Askew and The Quiet Year

In order to download this game you must purchase it at or above the minimum price of $8 USD. You will get access to the following files:

FYI: I just bought 2e (having already owned 1e) bc I love this game; I haven't played it yet, but just reading the book made me cry with laughter.  Two prehensile thumbs up!

Unfortunately ... the PDF has some serious issues in the MacOS Preview app. Haven't tried on my iPad but I'm assuming it'll have the same problems (since it's the same Apple PDF code.)

No idea why this would happen, since it looks like the PDF was generated by Adobe InDesign. Did you run it through any other program afterwards that might have altered it? (It's also possible these are bugs in Apple's PDF library, but I'd be surprised since it's a long time since I've run into any.)

(I know I can download Acrobat, but I hate having Adobe bloatware on my computer, grumble grumble...)

Ack! I will update the PDF and fix these problems.

Hi Jens— It looks like the compression that I did to reduce the PDF's download size is mangling Preview's ability to link internally or display the house maps. I have uploaded the booklet and the play sheets as separate files, both uncompressed. Please let me know if you aren't allowed to download them. (I do like Acrobat, but to each his own!)

I just played my first game of Raccoon Sky Pirates today, and holy trash pandas is it FUN!

It is a very well designed game, playful, silly, co-op, and really everything I could personally want in a TTRPG.

Thank you! I'm so glad you had fun.

Hi, Chris! I bought your game after hearing your interview on the Plot Points podcast, and ran it with my group. We all loved it! I especially loved that it was GM-less, letting me get in on the fun.

I had a question, though. We played over Roll20 and Discord, so I made some complication cards to share virtually. To put it kindly, they were really ugly. I remember you mentioning during the podcast that you were working on some physical cards. Would you also be able to make some virtual cards available for purchase so nobody else would be subjected to my ugly ones?

Hi @statsjedi! Thanks for the question. I've just updated the PDF and EPUB so that they have a link to a set of online playing cards! If you download it and unzip it, you can upload it to playingcards.io/import. There is also a link to an online character keeper, made in Google Sheets, that you can copy to use. 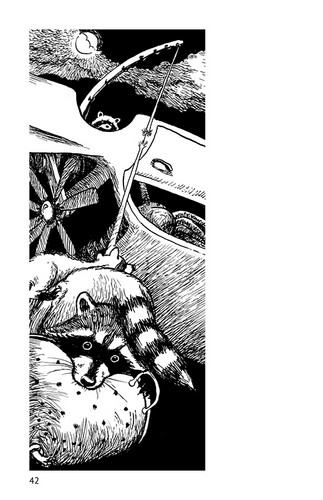 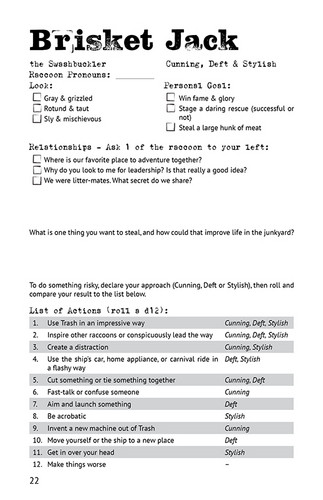 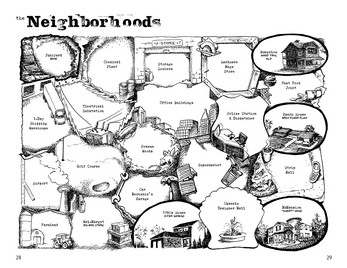